***my latest column in the Capgemini CoP IT Testing Newsletter***

It has taken a couple of years, but finally it happened: We are riding! The last couple of months have been a sequence of events, last minutes checks, experimental farms, checking again and making small adjustments (and checking again), marketing events and an excited buzz in the office hallways. Finally I didn’t have to set a whole new test planning to a new (predicted) launch date. No, this time it was for real! 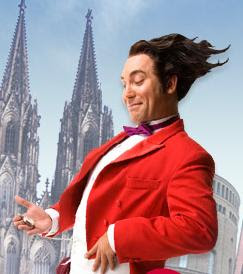 It all started with the introduction of our ‘mascotte’, an odd figure with a very funny hairdo that walked through the office to introduce himself as ‘hispeed’. I think most of the colleagues were afraid of him because there seemed to be a spontaneous migration from people from one office to another; mostly to the location where the funny lad didn’t reside.

Then there was the introduction of the new train, with a visit to the Watergraafsmeer where the ‘Albatros V250’ was to be seen (it was pushed to this location by another locomotive, but that didn’t spoil the fun) and a large press event. We also received a nice gadget; a USB stick in the shape of a V250 with the promo film on it, complete with pink champagne and biscuit with pink aniseed comfits.

Next was the launch of THE NAME: FYRA. Again a party and again cake. For me – as tester – a huge blessing, because finally I could perform my last tests with the final name (instead of using ‘Albatros’ or ‘XXXX’), again one to scratch of the list!

The press is publishing like crazy about almost everything to do with the train, but also over things that have nothing to do with Fyra. For example an article in the Telegraaf: HSL almost causes accident in Rotterdam. Well actually it was the common intercity of NS (domestic) that had to break. Fyra had nothing to do with it. The so called almost-accident happened at 23.30 in the evening according to the article with a Fyra coming from Rotterdam. Odd, when you know that the last Fyra to leave Rotterdam (also during the test period) is at 22.00. The last train to ‘wear’ the Hispeed colours is the normal intercity from Brussels (23.10) which has been riding that trajectory for years. And how about the view from the window at that time? Ever tried looking outside the window of an intercity at night (the ones with the bended windows)? You don’t see a thing except some lights, let alone the colours of a train ‘raging by’. When I confronted the Telegraaf with the facts, their first reaction was that my findings had nothing to do with the article. When I even quoted pieces of the article and referenced them with the correct information, I was ignored completely. They refused to rectify the article or place the rectifying comments I wrote. Awake? Not really. Censure? You bet!

And then the lasts steps; the train itself (not yet the fast edition but the slow-Fyra) has to go in production. Everything is set onto pre-production, again checking the systems one last time. And then on the 7th of September it is finally happening: all systems are live and at 05.00 I’m buying a ticket via the yellow vendor machine on the station of Alkmaar, the whole backup team is stand-by and ‘the first’ departs Rotterdam at 06.00. Fingers crossed and…. YES, it works! Finally after two years of delay we have a running Fyra, which –by the way- is riding on schedule perfectly!

Oh, and are you reading about ‘that expensive’ train, then I would like to invite you to do your own independent investigation (some media are a bit ‘coloured’ in their publishing). For example; a return ticket from Amsterdam to Rotterdam, second class will cost you (in the introduction period) 4 euro’s for a supplement (that is extra on the regular NS ticket). Your gain is 20 minutes per travel, thus 40 minutes for 4 euro’s or 6 euro’s per hour. Is that expensive? I hope, for their sake, that those journalists earn a bit more, but apparently they find themselves expensive at 6 euro’s per hour and therefore they are payed way too much!
Gepost door FunTESTic op 10:07 Geen opmerkingen: