Sunday afternoon, there's snow in the air and I'm finally leaving for Copenhagen. Seems like only yesterday that I was in Galway (Ireland) with John Fodeh, Peter Morgan and Rikard Edgren (and off course the Qualtech People), but time has really flown by this year.

A lot has been going on also; with the VideoSTAR, BlogSTAR, TestLab apprentices, TeamSTAR et all. I'm quite exited for the week to come... "how will the delegates respond on the program?", "how will I do myself during this week?" are a couple of thoughts I have.

The travel to Copenhagen didn't have any noticeable delays, and I was lucky I guess, since others were not that fortunate and had quite a travel to the conference. Snow and wind combined even got the airport closed on monday morning. Later I heard it has been not this cold in Copenhagen since 130 years. The hotel (Crowne Plaza Copenhagen Towers) was excellent! Very modern and easy reachable by public transport (there was a minivan to pick you up from the airport though). I had a very luxurious room, which apparently was a 'standard room'. 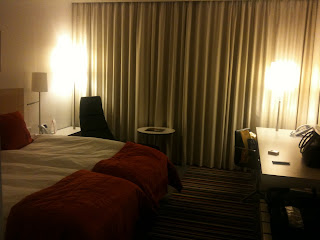 And I was looking forward of using the lounge chair after a conference day with a mug of (complementary) hot chocolate and have a look at the magnificent view over the city (I was on the 14th floor -cityside). 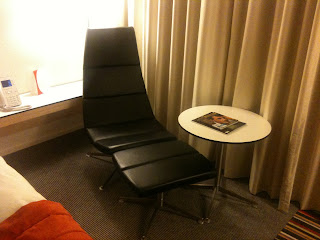 When I hung out my jackets and everything I went downstairs to the bar and met up with the Qualtech 'bunch' that were already had been very busy at the BellaCentre setting up all the stuff for the conference. They really have a lot to do before it actually starts for the delegates (something you don't actually get to see when you're 'just' visiting but in my role as program committee member has made me very aware off GREAT JOB YOU GUYS!). I didn't make it very late, because I airtravel makes me a bit tired and I really wanted to be fresh for the tutorials and the conference (and the drinks are actually VERY expensive in Copenhagen, where I paid 9 EUR for a glass of white wine in the hotelbar, so it's not that attractive to go 'slamming' very fanaticly)